This year has proven to be quite busy and, once again, the blog has fallen by the wayside. Here are a handful of photos from my recent visit to oyster farms in Virginia to keep you entertained. 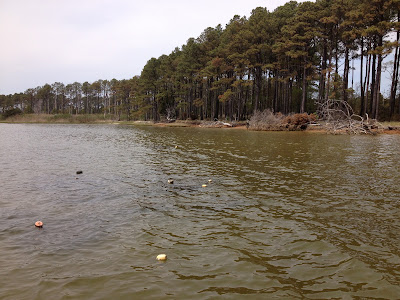 Main grow-out area for Broadwater Oysters. (such and eyesore, I know) 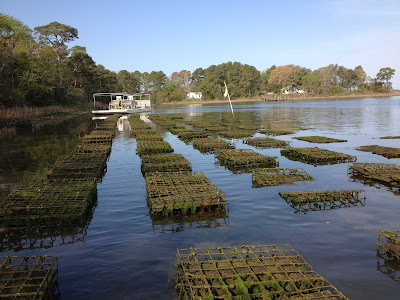 Oyster cages to the left... 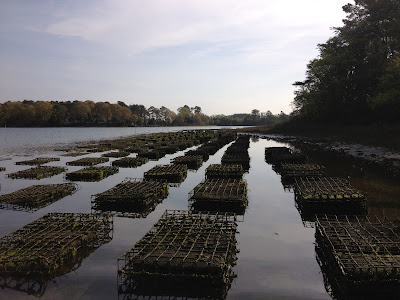 ... and to the right (at Cherrystone Aquafarms) 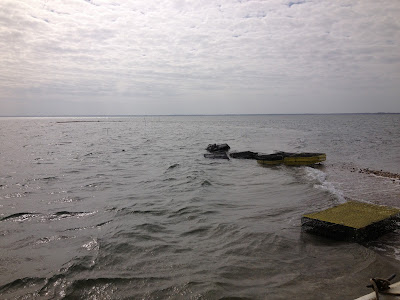 A few of Sewansecott's cages on a small shoal off the Eastern Shore. 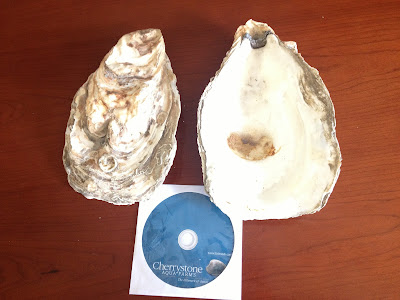 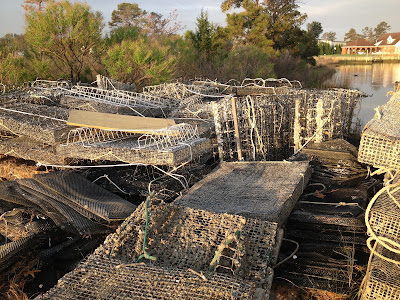 Cages drying in the morning sun.

"It's hard work, but the view from the office is hard to beat." I agree. 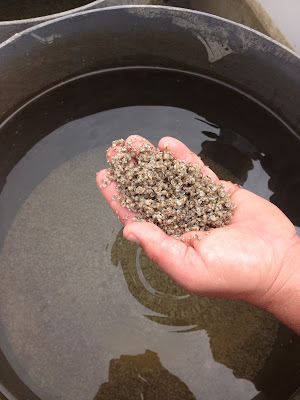 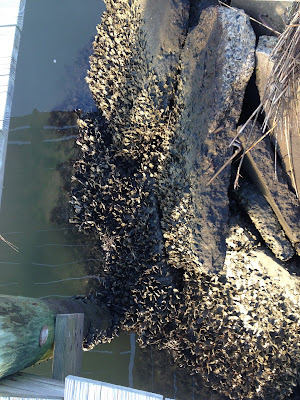 Wild oysters on the Eastern Shore! So great so see a wild population here. 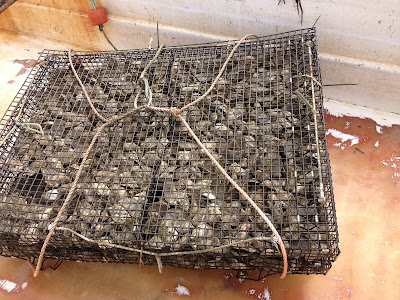 Cage-grown seems to be the norm in this part of the country. 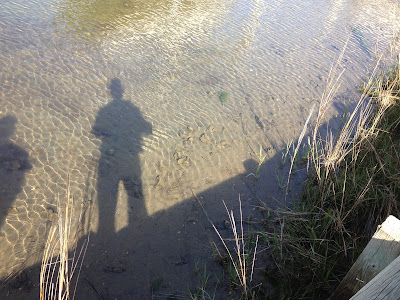 If you look closely, there are clusters of wild oysters in the shallow water next to my shadow. 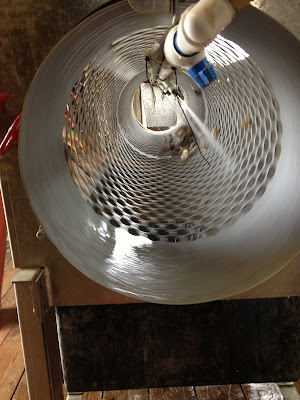 Hasty shot inside the tumbler at Rappahannock River Oyster Company. (I have a video too, I'll post it if there's any interest)

I had a great time, many thanks to all of the oyster farmers I met along the way!!

Posted by The Ostreaphile at 2:55 PM No comments:

New York City is perhaps one of the trendiest cities on the planet, few can dispute that. Boasting a populace preoccupied with fashion, music, and food, NYC is a metropolis of Tomorrow, focused on that next big thing. Some of these trends may last years, while others may only last months, especially when it comes to food. Cupcakes are awesome (duh), but when did you last hear about a new cupcake shop opening? That fad has waned, like so many before it, thanks to the ever-changing desires of the consumer.

Despite my awareness of this pattern, it caught me a bit off guard when an acquaintance asked me recently if I thought the oyster trend was dying off. Perhaps because I'm so wrapped up in the world of oysters, I had never even considered that oyster-eating was a trend at all, but this question started the cogs and gears in my head moving (that's how thinking works, right?) and I had to do a little investigating.

Since 2010, an inordinate number of oyster bars (or restaurants with large oyster programs) have opened in the 5 Boroughs -- I counted twelve before I gave up -- and at least double that number since 2000. In addition to the boom of oyster bars and restaurants, oysters were also popular in the media, especially in environmental publications. This certainly is the hallmark of a trend, but in reality there is a lot more to it than that. Let's put this in context, shall we?

4 of the 5 boroughs of New York City are located on islands, and the fifth (the Bronx) is on a peninsula with water to the east, west, and south. It is precisely because of its location that NYC became the city it is today, and it is generally safe to say that -- historically, at least -- much of the culture of the city has revolved around or otherwise included the sea. In fact, the consumption of oysters predates even the first European explorers (if only by a few thousand years), many of whom made particular note of the quantity and quality of the oysters found in what is now New York Harbor.

Skipping ahead a bit, the New York City of the 1800s was still very much enamored with my favorite bivalve. Wooden carts and stands sold oysters -- both raw and roasted -- on the streets of the city to hungry passersby, and subterranean oyster cellars offered oysters in a myriad of preparations to anyone and everyone, often undiscerning of class (though those with more money often had nicer accommodations). Pearl Street, which was originally on the waterfront, was so named because of a large shell midden found there -- much later it was paved with oyster shells, and this is the association most people remember.

Taking this information into account, it doesn't really seem fair to call the recent boom in interest in oyster a "trend" at all. If anything, it is simply a resurgence: the oyster is coming back into the hearts and minds (and stomachs) of New Yorkers. Exactly where they belong.

(If you would like to know more about the history of oyster in NYC, check out The Big Oyster by Mark Kurlansky. It is a great read, and you can find it in most bookstores for under $20.)
Posted by The Ostreaphile at 11:33 PM 1 comment: